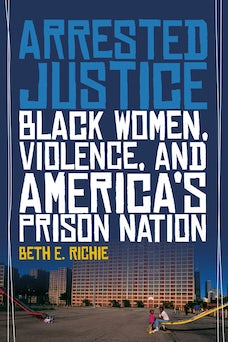 Here is an excerpt from an interview with Beth at Salon.com about  the relationship between dominant anti-domestic/sexual violence efforts and the “prison nation.”

You describe the U.S. as a “prison nation.” What do you mean by that?

The prison nation, which is a broader concept than the prison industrial complex, for me represents the combination of both incarceration in the literal sense – an influx of people into the criminal legal system in all of its apparatus: jails, prisons, detention centers, etc. … [It is an] increase in arrest and removal of people from their communities into facilities, but it also represents the ideological shift and policy changes that use criminalization and punishment as a response to a whole range of social problems. Not just crime, but also things like policing people who are on welfare, using the child protective services system to control families, the ways that schools have become militarized. So it’s a broad notion of using the arm of the law to control people, especially people who are disadvantaged and come from disadvantaged communities.

How does this affect violence against black women?

This is an interesting development given the “everywoman” emphasis of the ’60s feminist anti-violence movement — which argued that all women, regardless of race and class, were vulnerable to domestic violence.

Yes. We began doing training to try to raise public consciousness and make public the private care of domestic and sexual violence, in particular, by saying: This is not an isolated problem, it can happen to any women; it’s not just an issue for poor families or families of color. So — regardless of your religion, your race or ethnicity, your income, what region of the country you live in, what age you were … it didn’t matter what you wore, it didn’t matter if you didn’t cook well – there was nothing demographically or behaviorally that would protect women from male violence. We used that as a kind of anchor to our analysis: It can happen to any woman. And I think we were successful, at least initially, in making sure that it wasn’t another stigmatizing problem that was associated with other social problems of poverty and racism, etc. And people heard us. There was an increase in general public consciousness, and in particular, there was an increase in attention to the problem of violence against women by power elites – by executive decision-makers at corporations, elected officials, presidents of universities.

And when power elites started paying attention to it, they took seriously what could happen to women in their social context and started designing services for and passing laws that would protect women in their social context. So it became ultimately paradoxically kind of a narrowing of an understanding of the problem. That white middle-class or wealthy heterosexual married women or women on elite college campuses were at risk of violence against women and the attention, the resources, the analysis, went toward protecting those women at the expense of women who didn’t fall into those more normative categories. So it became hard to understand how a prostitute could be raped, for example. Or how a woman who is a substance abuser could be battered in her household. It became a sense of victimization tied to a sympathetic image of who could be hurt and how terrible it was that those women were hurt, as opposed to the real everywoman that we were trying to argue for.

You can find the full interview here.