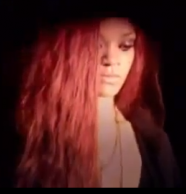 Rihanna recently released a powerful video, “Man Down,” which portrays sexual violence and a lethal response.  Many writers have reflected on the politics of sexual violence against black women in the context of this video including Akiba Solomon at Colorlines,  Crunk Feminist Collective, Mark Anthony Neal, and this interview with black lesbian feminist filmmaker, Aishah Shahidah Simmons.

We’re excited to republish the blog post below written by Stephanie M. Crumpton which was posted originally at her blog, Empowering Voices, Cultivating Transformation.  Reposted with permission.  -Editors

“Man Down” – Rihanna Uncovers the Anguish of Rape Victims and Calls the Community to Accountability
Stephanie M. Crumpton

My initial reaction to Rihanna’s “Man Down” video was to ask if there was some kind of connection between it and her personal experiences with violence that we were all made aware of in the 2009 coverage of her assault by a man she was dating (Chris Brown). It seems that since that experience, issues of dominance and relationship violence have become more common in her lyrics and visual representations. Consider her work on Eminem’s “Love the Way You Lie,” a song depicting a volatile cycle of passion and pain in a violent relationship between a man and a woman who batter each other but won’t separate.

When I watched “Man Down” and then read some of the posts, especially the negative press, I wondered about whether or not some of her personal experiences AND what she observes in the lives of other women has impacted how seriously she takes her work as an artist.
I may not be far off on this one… Just days after the video was released, Rihanna called in to BET’s 106th and Park show to talk about the video.

The 23 year old artist said, “Rape is, unfortunately, happening all over the world and in our own homes, and we continue to cover it up and pretend it doesn’t happen…”
She explained, “Boys and girls feel compelled to be embarrassed about it and hide it from everyone, including their teachers, their parents and their friends. That only continues to empower the abusers.”

In several cultures, the work of the artist serves as the moral barometer of the community. In this sense, the work isn’t as much about their personal experience as it is about what’s happening on a spiritual level that shows up in our dealings with one another in the wider communal and cultural context.

I must admit that I was indeed shocked when I saw the video (the blood spilling from the back of the man’s head).

That shock was matched by sorrow and sadness over the amount of people (girls, boys, women and men) who are sexually assaulted and who spend days of their lives in anguish because there is no justice really when it comes to the trauma and pain of rape and assault – especially in a culture where people blame the victim when the concern really should be the perpetrators’ use of force.

I thought of the women who are in jail right now because they killed people they were involved with in an act of self defense after years of having been abused. Is there justice in being put in jail because you were defending your life? Do we need to take a serious look at what we mean when we use that word, “justice?”

I also thought of the story in Texas about the eleven year old who was gang raped in a trailer by 18 boys and men. When the news hit, this was the response from a woman in her community, “These boys have to live with this the rest of their lives.” The “this” she was likely referring to are the criminal charges (and perhaps the guilt?) of their alleged offense.

I shook my head…

What about what the girl will have to live with for the rest of her life – the mental anguish and physical scars of gang rape. How is it that the perpetrators’ needs came to outweigh the suffering of an eleven year old victim? Furthermore, what happens when girls can’t even count on adult women to side with them as they face the aftermath of gender-based violence?

So, all of this prompted me to consider Rihanna’s “Man Down” from the perspective of people who need to know that there are women who use their art to raise awareness about the reality of women’s anguish over rape, but who will also use their art and public platform to call the community to accountability over rape as a communal offense that impacts EVERYONE.

I think that’s just what Rihanna is doing, using her artistry to: 1) Unsettle the conscious and unconscious ways that society has largely accepted violence against women as a norm; 2) Flat footedly reject the idea that responsible, mature women handle their pain and rage quietly and privately. It’s as if society wants the victim to handle their pain in secret, just to protect the community from being embarrassed by what’s happening. Shame on that!

Rihanna isn’t alone. Actress Gabrielle Union took the opportunity to engage rape as a public concern, and the rage she felt when she tried to kill her rapist.

To be clear, I do not suggest that those of us who have been hurt take to the streets to shoot everyone who has hurt us. But, what I do recognize is that her video shows us what can (and does) happen when people weigh their pain against society’s acceptance of violent acts that enforce dominance: They feel the overwhelming weight of the community’s non-commitment to justice, and take matters into hands that pull triggers.

I appreciate Rihanna’s willingness to use her media presence as a medium for consciousness raising. I’m interested in her next step as an artist: I would like to see her participate in the opportunity for dialogue about rape’s rage and change in our communities that her video creates.

Stephanie M. Crumpton is a public intellectual who writes because she knows that words matter and believes in their ability to empower voices and cultivate transformation.