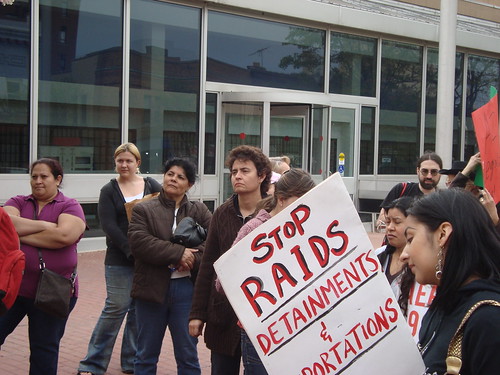 Rally in Michigan Against SB 1070, photo by DreamActivist, used via Creative Commons

In addition to SB 1070, Arizona’s Maricopa County Sheriff’s Office, led by Sheriff Joseph Arpaio, is currently under investigation for human rights charges for abusing migrant women in their county jail.  Women report being detained for months without being charged, physical and sexual assaults, and being shackled during childbirth.

Today, people across the US are demanding immigrant safety and justice.  Check these websites for your local May Day marches:

If you can’t make a march, the National Network for Immigrant and Refugee Justice & Alto Arizona offer other strategies for taking action against 1070:

Also, here are some important online discussions about 1070: